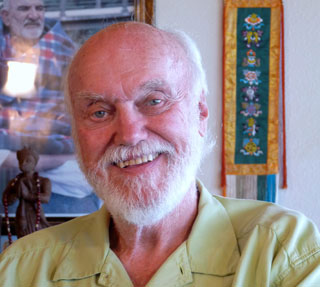 “I am a beautiful soul.  Everything I do is enough.” 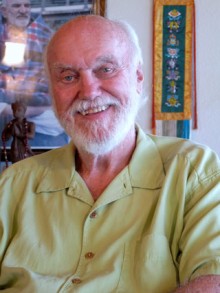 In the 70s I was doing a meditation retreat with Ram Dass in the redwoods outside of Santa Cruz.  Five days of silence!  The thought terrified me.  The reality, however, was tremendously freeing.  Over the five days, I felt myself move in to a feeling of union with the whole community, which often happens in intensive trainings, but this was on a deeper, wordless, spiritual level.

At 3:00 am, we arose for a one-hour meditation, all together in the meeting room of an A-Frame made of glass and surrounded by tall trees filtering sun and moonlight.   Then we returned to our cabins for 2 hours of sleep.  At 7:00 am we did yoga while smells of oatmeal, hot chocolate, coffee and tea wafted from the kitchen along with chanting as breakfast was being prepared.  Then we spent 3 hours with Ram Dass, which sped by as we were entranced by his combined enlightenment and fun sense of humor.  Each afternoon we could choose to learn one of several meditation styles and traditions.  Before bed there was another Ram Dass gathering.

As I sat in the warm sun during lunch break, a self-defeating pattern arose.   When Ram Dass had told us we could break silence to speak with him if need be, my star student aspect had checked off any need for help as an admission of failure that certainly would not be necessary.  Of course conditions were ripe for any self-loathing to show itself slithering along the path to enlightenment.  And, in the middle of paradise, no one having said one word to you for days — except Ram Dass in his fun and funny, inspiring words of wisdom — it is pretty obvious there was no one to blame but myself.

So, I revealed my lose/lose inner conflict to Ram Dass.  He grabbed the collar of my sweater on either side of my chin, pulled me up eye to eye and said, repeat after me: “I am a beautiful soul.  Everything I do is enough.”

Again he said: “I am a beautiful soul.  Everything I do is enough.”  It took a few times before I could say the whole sentence.  “Now say that to yourself for 24 hours.  Then come back at this time tomorrow and say it to me.”

I walked back to my cabin saying the words over and over, and promptly wrote them in my journal.  Twenty-four transformational hours later, calmer and happier, I repeated those words back to Ram Dass, which prompted a shared triumphant laugh.

In the loving spirit of the gift, I am passing it along to you.

As you experience yourself as “enough”, so you will see the same in others and feel much more at one—attuned/in tune, and thus less separate and alone.

Sometimes I write the words on a sticky or a notebook — whatever might be most visibile to me at the time.

Repeat: “I am a beautiful soul everything I do is enough.”  Catch yourself in those times when you need reminding.

Everyone is a Child
Scroll to top